1985 – Started my first radio show with a bunch of good friends. It was called the All Out Cricket Show and it was about the humorous side of cricket – only it wasn’t particularly humorous, so it only lasted a couple of years. Still, it was great fun and we got free tickets to the cricket.

Moved out of home.

1986 – Wrote comedy for the Australian Broadcasting Corporation – and got paid! Yay!

The band Keith and I formed became the Grownups at about this time. We were moderately cool for a little while. Yay. 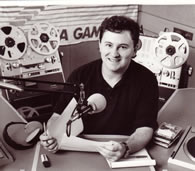 1987 – Started work at Radio Australia where I spent 10 years behind the microphone talking about sport, music, the environment and the Pacific. When I did my first live read, I was so nervous I could hardly see my script. Scary! 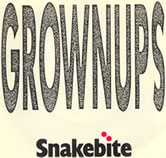 My band, the Grownups, released our first single – Snakebite.
1988 – What a big year this was!

The Grownups released our second single, Into the Beyond. According to the charts in a magazine called Juke, this was one of the biggest selling independent songs in Australia for the year! YAY! 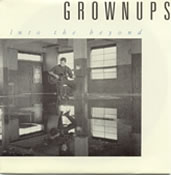 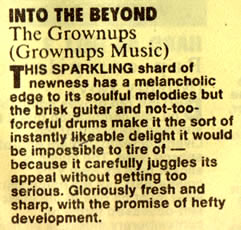 Our single got a nice little review in the Melbourne Age. 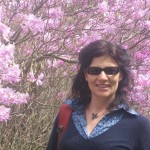 Started dating the beautiful and talented Jane Godwin. Jane is also a children’s author. Google her and you’ll see how many great books she’s written. Go on. Don’t be afraid. Oh, but finish reading this first. 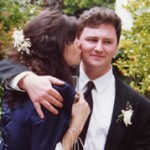 1989 – Married my beautiful and talented girlfriend, Jane Godwin – she was my fiancee by then. Yes!

1990 – Jane and I had our first child – a beautiful and talented boy called Will. Lots of yays all in a row.

Won a World Environment Day (WED) Award for my environment show on Radio Australia. The show was called One World. Yay!

1991 – Kicked back and spent the year dining out on my WED award.

1992 – Jane and I had our second child, a beautiful and talented (and sleepy) girl called Elisabeth (or Lizzie). Many, many yays!

1994 – Decided to try my hand at creative writing. Bought an exercise book. Opened it up on the kitchen table and stared at it. Oh no! I had nothing to say – not a word! Eek! After a while, maybe days, I thought of something to write. Phew!

1995 – Kids growing up healthy and strong. Here’s Wil playing a game of corridor cricket – a game my friends and I invented when we were kids. In this picture we’re using a ruler for a bat and rolled up paper for a ball, but there are many exciting variations. It looks like Wil has just belted someone for a six. I hope it wasn’t me!

1996 – Left the Australian Broadcasting Corporation after 10 years. I felt I’d worked in radio for long enough. I wanted to concentrate on writing. Started working for myself.

1997 – Wrote the script for an Australian animated feature film, The Enchanted Billabong, that didn’t quite get made. But at least this song for the film, which I wrote with a super talented fella called Craig Bryant was recorded.

1998 – Wrote a couple of episodes of an animated TV series that DID get made – Old Tom (produced by Yoram Gross).