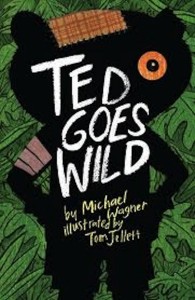 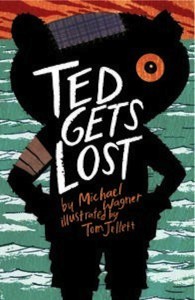 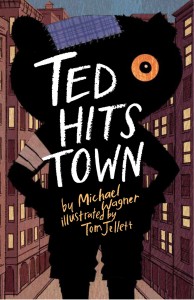 “Life’s no picnic for this teddy bear”

Fully equiped, superbly trained and afraid of nothing (well, almost), Ted has dedicated his life to saving and serving others. But will his rescue mission to the Wild Forest knock the stuffing out of him once and for all? And will he ever return to his loving owner, Oliver?
Warm-hearted, thrilling and delightfully silly, this magical-adventure series will captivate young readers.

The 3-book Ted series was inspired by a story my son, Wil, wrote when he was in primary school. It was called ‘My Teddy Hates Me’ and it was about a teddy bear who gets fed up with his rough owner and runs off to the Sydney Olympics. It was hilarious, so I stole all the best bits and made a story of my own!  And then I bought him a guitar amp as payment.

What the critics are saying

“Michael Wagner … makes sure there is plenty of humour, adventure and thrills in a book which hits the mark.” Courier Mail, Brisbane

“funny and exciting, and I was able to read it by myself. There are lots of pictures and cartoons. Verdict: perfect.” Theodore Murrihy, 7, Herald Sun, Melbourne

“This book was really fun to read and I would recommend it …” Mitchell Delbridge, 9, Newcastle Herald, NSW

“This book is perfect for boys just wanting to start on longer novels … really made me laugh.” 366 Books blog

“This hybrid of early chapter book/comic strip stretches the boundaries of imagination. Everyone’s favourite bedtime companion will be forever changed after reading ‘Ted’. A bit on the grungy side, one-eyed Ted, once thrown on the rubbish tip and left for dead now has an ongoing ambition to rescue others from potential abandonment. With a bagful of gadgets and a need for constant problem solving, Ted wriggles his way out of amazing, life threatening dilemmas. One for anyone who loves adventures, a little bit of danger and a lot of thinking outside the box.” Speech Pathology Australia Awards 2012